Ecommerce News at a Glance

Ecommerce News at a Glance 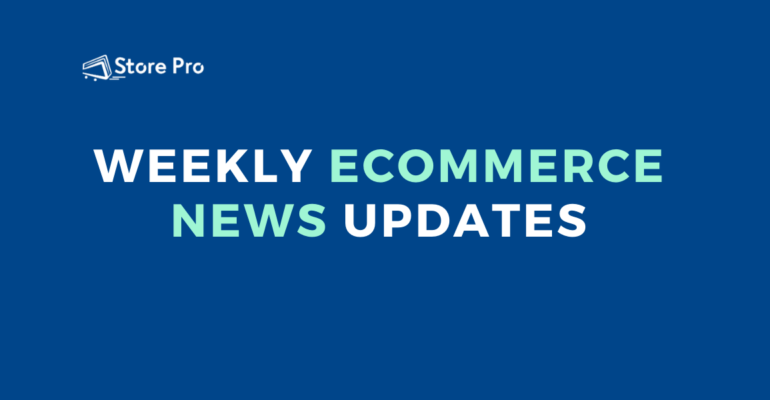 Amazon To Take Down Products That Claim To Kill Coronavirus

Ecommerce giant Amazon is going to take down the listings of products that claim to kill the deadly coronavirus. According to reports, Amazon has already sent an email to third-party sellers to notify them that the products would soon be taken down from its marketplace.

With its epicenter in China, the deadly coronavirus has spread to over a dozen countries and killed over 2000 people, forcing WHO to declare Global Health Emergency. Misinformation and false claims have been spreading through social media and popular marketplaces like Amazon since the outbreak.

Amazon was reportedly one of the several tech giants that met with the World Health Organization at Facebook’s Menlo Park, California offices to discuss how to stop misinformation about the coronavirus on their platforms.

On Amazon, sellers have offered books that stoke fears about the virus, while vitamin C products have increasingly surfaced because of false reports it can cure the coronavirus.
Now, Amazon is cracking down on mentions of the coronavirus in products listed on its marketplace.

PayPal Is The Most Popular Payment Service Among German Online Shoppers

Online shoppers in Germany prefer to pay with PayPal for their orders. According to the survey, Paypal is the favorite choice for 57% of customers. The survey was conducted by The Institute for Banking Innovation (Ibi) at the University of Regensburg.

The survey shows that 72% of German online shoppers have a payment method they prefer over others, 11% even want to use their favorite method only.

Ecommerce in Sweden has shown double-digit growth in 2019. The Swedish online retail industry increased by 13% and was worth 87 billion Swedish kronor (8.24 billion euros) at the end of that year.

Compared to to2018, the growth in the eCommerce sector is slightly lower. 2018 had marked a growth of 15%. But, as PostNord puts it in the annual E-barometer, with such a large proportion of total trading, a lower growth rate isn’t unexpected.

According to reports, online pharmacy showed the strongest growth with a 36% surge in revenue. Online grocery came second with a 22% growth in 2019. Books and media witnessed the lowest growth with just a 1% jump in sales. 70% of Sweden’s population between the ages of 18 and 79 reportedly bought at least one product online that during an average month.

WooCommerce Ties Up With Square to Expand Services for CBD Merchants

WooCommerce, the open-source eCommerce platform developed and supported by Automattic, has partnered with Square payment solutions to expand services for merchants who are selling CBD products online.

While it is a minor step to enable the seamless selling of CBD products, there are still many restrictions and pitfalls that merchants must overcome.

The US government had removed Cannabidiol, known as CBD from the federal list of controlled substances in December 2018. It is one of the hundreds of identified cannabinoids in cannabis plants and does not have the psychoactive effects of THC (tetrahydrocannabinol).

Store Pro is a global e-Commerce technical support company. We specialize in helping individuals and businesses run successful, engaging websites. Currently, WooCommerce Support is our main focus. Other CMS systems are in the pipeline
Get Our Support Today
STATUS: Agents Operational
Login My Account
Launch Ticket Portal
Get Weekly Advice
Read The Blog
Privacy Policy
Terms and Conditions
Ask Us A Question
Plans
Careers
WooCommerce Support
WooCommerce Hosting
WooCommerce Development
Select the fields to be shown. Others will be hidden. Drag and drop to rearrange the order.
Click outside to hide the comparison bar
Compare
Compare ×
Let's Compare! Continue shopping