This Week in eCommerce – News Summary

This Week in eCommerce – News Summary 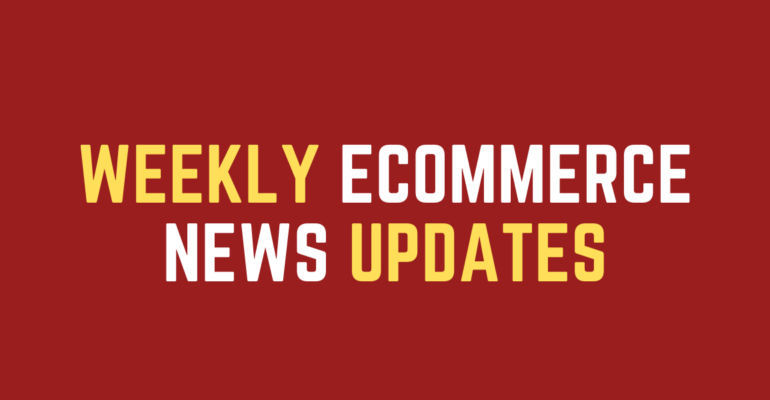 Swedish financial technology company Klarna plans to launch in Australia and other markets in 2020 after a strong start for its ‘buy now, pay later’ service in the United States, CEO Sebastian Siemiatkowski told Reuters.

Klarna, which was valued at $5.5 billion in an August funding round that raised $460 million, is also beefing up a key tech hub in Berlin as it extends its coverage and introduces new products for users and merchants.

“We are winning a new merchant every eight minutes,” Siemiatkowski said in a written interview. “Since the beginning of 2019 we have enlarged our merchant base by over 60,000 merchants to over 190,000 today.”

Klarna, founded in 2005 by Siemiatkowski and partners, puts up payment for goods on behalf of a consumer, offering a range of options to settle the balance over the course of a few weeks.

That approach has proved to be popular among millennials who prefer debit cards to credit cards, helping Klarna to become the most valuable European ‘fintech company at the time of its latest funding round.

In the United States, Klarna says it is adding users on its shopping app at an annual rate of 6 million “We are on a very exciting journey from a Scandinavian payment provider to a global shopping ecosystem,” Siemiatkowski said.

Same-day-delivery is an increasingly popular method of delivery for online orders. But such a service costs money, of course. In Sweden, it seems that four in ten consumers don’t want to pay a thing for same-day-delivery.

According to a study by YouGov, among over 1,000 respondents from Sweden shows this result. But the willingness to pay for getting the goods very fast differs per age group.

41% of younger generation willing to spend €4.87. For example, in the age of 18 to 29, the survey shows that 41 percent is willing to spend 51 Swedish kronor (4.87 euros) to get their package handed to them on the same day the order took place. And 23 percent can even imagine paying for something between 4.87 and 9.56 euros for same-day-delivery.

Third-party vendors were told by Amazon over the weekend that they are barred from using FedEx’s ground delivery services for Prime shipments. The Wall Street Journal reports that a message sent by Amazon to merchants on Sunday said the ban will last “until the delivery performance of these ship methods improves.” The e-commerce platform will still allow FedEx Ground for non-Prime shipments and FedEx Express, a faster but pricier option, for Prime.

Third-party sellers now account for more than half the products sold on Amazon.com and the company’s decision on FedEx’s ground delivery comes during the peak of the holiday shopping season. Over the summer, FedEx ended partnerships with Amazon to provide it with express air deliveries and ground shipments.

An Amazon spokesperson said that the company is managing cutoffs for delivery by Christmas and wants to ensure that customers receive their packages on time. TechCrunch has also contacted FedEx for comment.

Although in its budding phase, the global market for online payment gateway is observing a tremendous rise in its valuation. The increasing digitalization across the world has surfaced as the key factor behind the growth of this market.

Various government organizations across the world are encouraging digital transactions, which is leading to technological advancements in the card acceptance infrastructure, such as payment gateways, and, as a result, augmenting usage of debit and credit card for shopping purposes.

North America, Latin America, the Middle East and Africa, Asia Pacific, and Europe have emerged as the key regional markets for online payment gateways across the world. Among these, Asia Pacific has occupied the leading position and is anticipated to remain here over the next few years.