This Week In eCommerce – News Summary

This Week In eCommerce – News Summary 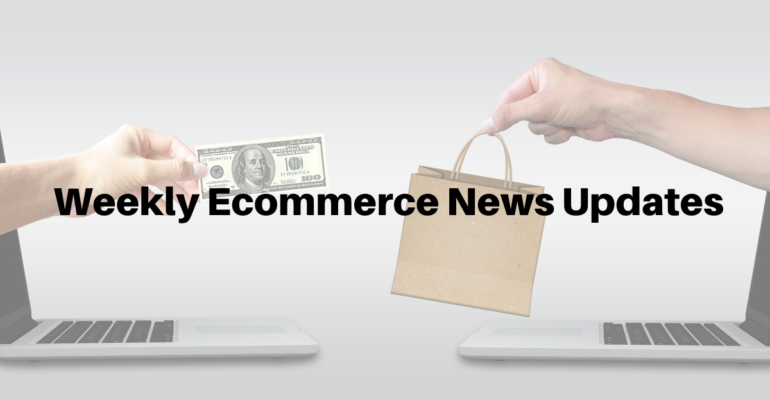 According to data released by Adobe Analytics, a company which tracks online transactions of 80 of top online shops in the US, Cyber Monday shoppers spent a record $9.4 billion online, up 19.7% from a year ago.

Adobe predicted that Cyber Monday online sales would hit $9.4 billion but preliminary results suggested that sales fell short of estimates.
But the numbers got a boost from late night shoppers. Between 10 p.m. and 2 a.m., consumers spent $2.9 billion online — nearly a third of the day’s total revenue.

Entrepreneurs are confident about their business prospects, with expansion plans, revenue projections and intent to hire remaining strong and steady from last fall.

Bluehost, a web hosting company owned by Endurance International Group, continues to evolve its platform with the launch of Bluehost Marketplace, a native plugin and theme marketplace.

Bluehost Marketplace makes it easy for users to build their website with pre-selected and screened premium WordPress themes and WooCommerce plugins.

“After working in the WordPress ecosystem for 15 years, we have seen that the process of selecting and installing a theme can be overwhelming for our customers. Frankly, it’s not something that a website owner has time to sift through and manage,” said Suhaib Zaheer, general manager, Bluehost.

American web registrars and web hosting company GoDaddy announced an integration with WooCommerce, the most popular and powerful e-commerce engine available for WordPress.

With this integration, GoDaddy further helps its WordPress users by providing the tools to help build their online presence. The integration simplifies the typical four-step set-up process into one easy step, allowing GoDaddy WordPress users to quickly establish their e-commerce sites with pre-populated, customizable design themes.

“At GoDaddy, we are working to innovate and create solutions for entrepreneurs and small business owners to create an online presence more easily,” said Nikhil Arora, Managing Director and Vice-President of GoDaddy India.

American retail giant Walmart’s CEO Doug McMillan said the company could go away at any minute, hinting how businesses are trying and failing at new things.

“Walmart is not arrogant,” said McMillon at CNBC’s Evolve Summit in Los Angeles on Tuesday morning. “We could go away at any minute. I think most of us act that way every day. If you’re not willing to fail — and we are failing at some things — you’re going to go away.”

He went on to say that the companies that serve the customers right would stay. “It’s really simple: If you’re not meeting the wants and needs of the customer, you’re done. There’s not a lot of loyalty here,” McMillion said.

Store Pro is a global e-Commerce technical support company. We specialize in helping individuals and businesses run successful, engaging websites. Currently, WooCommerce Support is our main focus. Other CMS systems are in the pipeline
Get Our Support Today
STATUS: Agents Operational
Login My Account
Launch Ticket Portal
Get Weekly Advice
Read The Blog
Privacy Policy
Terms and Conditions
Ask Us A Question
Plans
Careers
WooCommerce Support
WooCommerce Hosting
WooCommerce Development
Select the fields to be shown. Others will be hidden. Drag and drop to rearrange the order.
Click outside to hide the compare bar
Compare