This Week In eCommerce

This Week In eCommerce 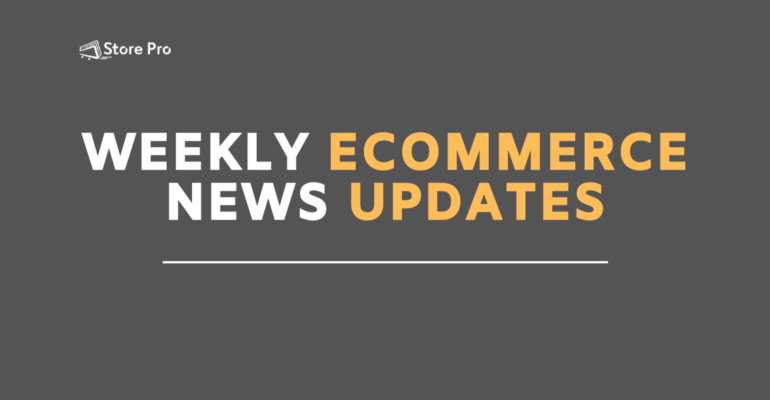 WooCommerce 3.9 Version to be Launched on Jan 7

WooCommerce 3.9, the latest version of WooCommerce and the first minor release of 2020 will be officially available on January 7, 2020. The new version is completely backward compatible. This version has been available for beta testing from 11 December 2019.

According to the blog on WooCommerce website, the minimum requirement for this version is PHP 7.0 and WordPress 5.0. Any stores that use older specs will not be able to update to WooCommerce 3.9.

Speaking about the impact of technology on retail sector, Ex-Walmart US President and CEO Bill Simon said Virtual Changing Rooms would soon be a reality.

“Could we have virtual changing rooms so that you can just scan an item in a store with your phone and try it on yourself without actually having to go try it on?” Simon said on “Squawk on the Street.”

“There’s just amazing technology that’s already available that if it were applied to retail would fundamentally change the shopping experience.”

The past decade has been a period of significant disruption in the retail landscape as Amazon and online shopping ascended. RadioShack, Toys R Us and Sears went bankrupt, and other retailers shuttered locations — or opened smaller stores — to cut costs. Simon, who was president and CEO of Walmart U.S. from 2010 to 2014, noted that an overwhelming majority of retail sales still comes through physical stores.

Mukesh Ambani, India’s riches man who heads Reliance Industries is planning to take on ecommerce giant Amazon.
Reliance Industries said it had been inviting people to sign up to its grocery delivery service. The company is aiming to use its massive mobile phone customer base as a springboard for the business.

The new e-commerce venture could become a major challenger to India’s existing online retail giants including Amazon. Two subsidiaries of Mr Ambani’s business empire, Reliance Retail and Reliance Jio, said they had soft-launched the venture, called JioMart. According to reports, JioMart offers “free and express delivery” for a list of grocery goods, which currently numbers some 50,000 items.

Unlike its rivals, JioMart will connect local stores to customers via an app rather than providing and delivering the goods itself. India’s online grocery market is in its infancy – currently estimated to be worth around $870m a year, with just 0.15% of the population using such services.

PayPal to Strengthen Its Market in Latin America

Digital payments platform PayPal is trying to focus on Latin American market. The company is looking to strengthen its position in the eCommerce payments and remittance arenas.  Two days ago PayPal announced an expansion of its partnership with Argentinian eCommerce company MercadoLibre (dubbed the “eBay of Latin America”), as it positions itself to capture more of Latin America’s market share.

According to a LinkedIn post by PayPal President and CEO Dan Schumann, Brazil and Mexico-based users of MercadoLibre’s digital payment technology, Mercado Pago, will now be able to use PayPal for online checkout at merchants integrated with Mercado Pago.

Store Pro is a global e-Commerce technical support company. We specialize in helping individuals and businesses run successful, engaging websites. Currently, WooCommerce Support is our main focus. Other CMS systems are in the pipeline
Get Our Support Today
STATUS: Agents Operational
Login My Account
Launch Ticket Portal
Get Weekly Advice
Read The Blog
Privacy Policy
Terms and Conditions
Ask Us A Question
Plans
Careers
WooCommerce Support
WooCommerce Hosting
WooCommerce Development
Select the fields to be shown. Others will be hidden. Drag and drop to rearrange the order.
Click outside to hide the comparison bar
Compare
Compare ×
Let's Compare! Continue shopping